Pilates VS. Yoga! Which is Right for You?

When I meet people and tell them I teach Yoga and Pilates, the number one question I get is always “Isn’t Pilates just stretching like Yoga?” That would be a big “NO!” If you have ever taken both a Yoga and Pilates mat class you might notice some similarities. In fact Joseph Pilates, the creator of Pilates, was inspired by Yoga and practiced Yoga himself.

But the two are very different in many ways. It really is like apple to oranges. 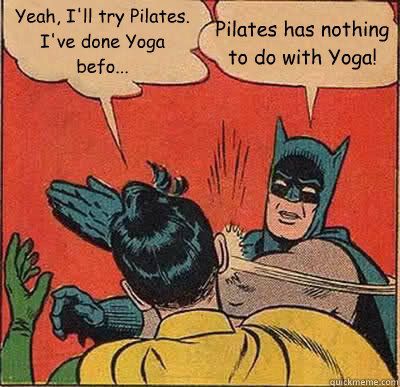 Yoga is thousands of years old and was created in India. Yoga was initially created as a spiritual practice, it’s only now in the modern, Western world that is become more about the physical fitness practice of yoga; with the focus being more on the postures and the physical practice.

Pilates was created by Joseph Pilates in the 20th century as a form of strengthening and rehabilitation. It is first and foremost a physical fitness practice. Pilates focuses on a practice that brings together the mind and the body. Yoga adds in the element of spirituality and  focuses on unifying the body, mind and spirit.

Both practices offer many great benefits including strength, flexibility, stress relief and awareness of the body and breath. Pilates focuses more on building strength, particularly in the core area.

Yoga benefits include relaxation, focus on breathing, and the addition of meditation.

This is really where the two begin to differ. Yoga now has many different styles, so how the class is structured is based on the style of the teacher. Classes will focus on a flowing series of yoga poses, sometimes the poses may be held for a few breaths. Often the moment is coordinated with the breath, particularly in the Vinyasa style of Yoga.

Most classes will begin with some mediation and maybe even chanting. Pretty much every Yoga class will end in Savasana, a final resting pose. Yoga combines standing postures, seated postures, supine and prone postures.

In Pilates you can take mat or equipment classes. Mat Pilates classes most often feature the traditional order of exercises that Joseph Pilates created. When taking a Mat class with a traditional teacher, you can expect the same order of exercises and a structured class. This helps the student to learn the order and focus on working on proper alignment and progressing the exercises. The focus of the class is a great all over body workout, but mainly the work is on building a stronger core or Powerhouse.

So Which One is Right For You?

So which one is right for you? It really depends on your goal for starting your practice. As you can see there are some overlapping qualities of both. Give both a try and see which one you connect with the most. I highly recommend a practice that includes both and no I’m not talking about Yogalates or PiYo (which are neither Yoga or Pilates), but add both to your fitness routine. I recommend to my students 1 – 2 classes a week of both.

Some people will connect with one over the other. Maybe you want a kick ass workout that focuses on strength. Then Pilates might be for you. Maybe you need a calming class with time to just sit and silence and learn to breath again. Then Yoga is for you. Give each a try and see which one you resonate with the most. Yoga isn’t for everyone and Pilates isn’t for everyone. You’ll only know once you’ve tried both. 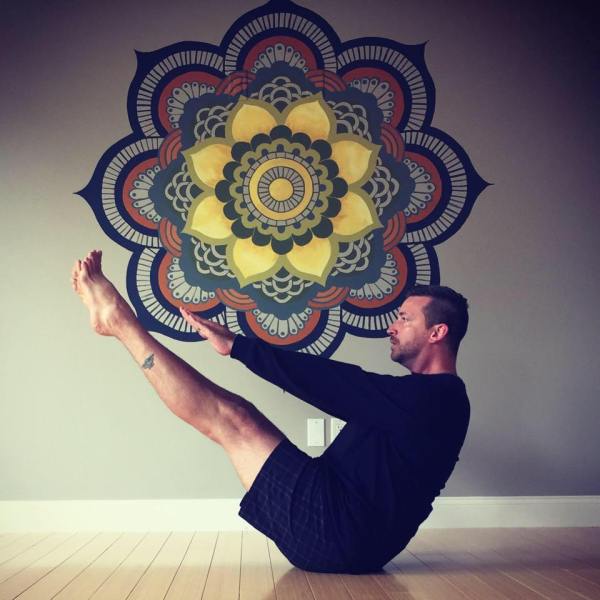 Check Out These Popular Posts